Module optimizer or inverter with integrated yield optimization? This is the question that solar power professionals ask themselves before installing a PV system – especially when it comes to shading. A study by the University of Southern Denmark (SDU) now has the answer. It shows that in almost all applications, a PV system with modern string inverters can achieve higher yields than a system with conventional module optimizers. The lower number of electric components in the PV system also minimizes error susceptibility. Installation time and costs are reduced and maintenance work is easier.

“When we develop our inverters, we aim for fully integrated functions from the outset. SMA ShadeFix is a digital, integrated software solution that comprehensively optimizes energy yield in PV systems. It outperforms conventional hardware-based methods of optimizing yield in PV systems,” said Nick Morbach, Executive Vice-President of the Home and Business Solutions business unit at SMA. “The study by the SDU provides the evidence that we are on the right track. Innovative inverters from SMA have all the functions that our customers need and ensure the highest yields in PV systems. No additional components are needed, even for shaded modules. This reduces the number of electronic components used by a factor of 30 compared with a system featuring module optimizers. This has an extremely positive effect on the reliability and safety of the PV system and on the environment.”

SMA string inverters are developed to deliver highly efficient yield optimization. This is why SMA has consistently enhanced MPP tracking (orientation toward the PV module’s optimum power). The SMA ShadeFix software ensures that the global maximum performance of each PV module string is reliably detected and the available energy of the modules is utilized as effectively as possible at all times.

Only in PV systems with heavy shading could better values be achieved by selectively using module optimizers, according to Associate Professor Wulf-Toke Franke of the SDU. However, he also said that error susceptibility increased in PV systems with module optimizers. More system components mean more connectors, increasing the risk of system failures and fires. On the whole, the study (The Impact of Optimizers for PV Modules) thereby contradicts general statements about additional energy yields gained through the use of optimizers. It finds only very few scenarios where the use of optimizers improves system performance.

All information about the digital software solution SMA ShadeFix can be found here.

About SMA
As a leading global specialist in photovoltaic system technology, the SMA Group is setting the standards today for the decentralized and renewable energy supply of tomorrow. SMA’s portfolio contains a wide range of efficient PV inverters, holistic system solutions for PV systems of all power classes, intelligent energy management systems and battery-storage solutions as well as complete solutions for PV diesel hybrid applications. Digital energy services as well as extensive services up to and including operation and maintenance services for PV power plants round off SMA’s range. SMA inverters with a total output of around 85 gigawatts have been installed in more than 190 countries worldwide. SMA’s multi-award-winning technology is protected by more than 1,500 patents and utility models. Since 2008, the Group’s parent company, SMA Solar Technology AG, has been listed on the Prime Standard of the Frankfurt Stock Exchange (S92) and is listed in the SDAX index. 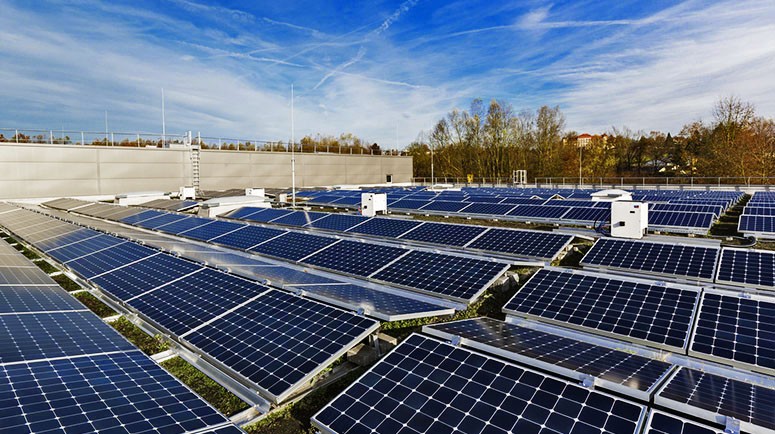