Solar energy is already capable of replacing conventional energy generation systems in many regions of the world. This trend is being driven by digitalization and connectivity. Therefore, SMA Solar Technology AG (SMA) and its project partners eoda GmbH, TESVOLT GmbH, KEO GmbH, the University of Kassel and Hamburg University of Applied Sciences (HAW Hamburg) are now investigating the potential of machine learning and artificial intelligence to further increase efficiency and reliability of PV and storage systems as part of the Digital Twin Solar research project. The project is sponsored by the German Federal Ministry for Economic Affairs and Energy.

Inverters are key components of PV systems. They deliver optimal energy yields and reliable system monitoring, supply solar power to the utility grid, and help ensure the stability and safety of the utility grids thanks to grid management services. “The devices provide valuable data that is already being used today to improve the integration of solar energy into the utility grid,” said project manager André Gensler, Senior Data Scientist at SMA. “Connecting the inverters with other system components allows even more extensive data recording and thus the model-driven generation of a ‘digital twin’ for entire PV systems. This means that it will also be possible going forward to optimize more extensive system facilities using machine learning. Together with our partners for the Digital Twin Solar project, we are exploring the options for developing pioneering data-based services from this. For example, these services could include solutions for the predictive maintenance of PV systems. This will allow solar and battery storage systems to be planned and operated even more efficiently and reliably and make an even greater contribution to ensuring a sustainable, secure and cost-effective global energy supply.”

The Digital Twin Solar research project
The Digital Twin Solar joint research project, which has just been launched, is scheduled to run for three years and focuses on digital twin solutions that are tailored specifically to solar energy use and energy storage systems. The project is backed by a grant of around €3.5 million from the Federal Ministry for Economic Affairs and Energy. All available data will be analyzed and evaluated – from data acquisition in development and production right through to operation of the PV and battery systems at the respective location. The required conceptual, system-specific, technological and scientific bases will be formulated. Deployment-ready pilot systems will be developed and tested for the first selected and promising application scenarios. Manufacturers of inverters and battery systems, system solution providers and companies from the information and communication technology and data technology sectors are working closely together with the relevant research institutions in the project.

About SMA
As a leading global specialist in photovoltaic system technology, the SMA Group is setting the standards today for the decentralized and renewable energy supply of tomorrow. SMA’s portfolio contains a wide range of efficient PV inverters, holistic system solutions for PV systems of all power classes, intelligent energy management systems and battery-storage solutions as well as complete solutions for PV diesel hybrid applications. Digital energy services as well as extensive services up to and including operation and maintenance services for PV power plants round off SMA’s range. SMA inverters with a total output of around 85 gigawatts have been installed in more than 190 countries worldwide. SMA’s multi-award-winning technology is protected by more than 1,500 patents and utility models. Since 2008, the Group’s parent company, SMA Solar Technology AG, has been listed on the Prime Standard of the Frankfurt Stock Exchange (S92) and is listed in the SDAX index. 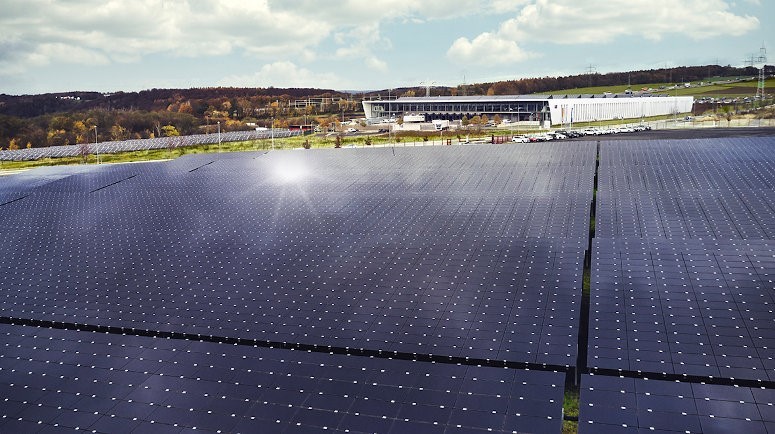